I think it's fair to say that religions generally request, often demand, respect from us all as if they believe we should believe their views are in some way the equal of those that accept science as the focus of discovery and explanation. 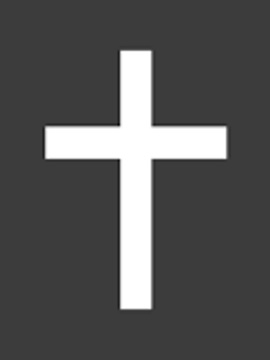 So let's put that to the test shall we ... how about Christianity? This, based on 12 years of Catholic Church & schooling, seems a fair summation of the basic Christian belief…

We must all view this and understand

Islamic apologists have failed to provide any evidence that Muhammad or the earliest Muslims knew that the Earth was round. In contrast, there is lots of evidence to show them believing the Earth to be flat.
This evidence can be used as a foundation for other arguments concerning the flat Earth verses in the Qur'an, that they cause a justifiable suspicion that the author of the Qur'an was just as unaware as his nearby contemporaries about the shape of the Earth. It can also be used to make… Continue

You believe in god. You see them everytime you look in the mirror. You have cast off all restraint and

Falsely believe that puts you into a safer position. Truth is the rock on which to stand and hope is the

Anchor of the soul. Where is your truth and hope ?

I have been on a philosophical journey since I learned the world is knowable. I take every opportunity to learn new skills, practice old skills and improve my knowledge to better understand myself, my perception, the subjective world, the objective world, other perspectives and how all of that seems to work together for what seems like eternity; 13.8 billion years is approximately eternity compared to a single human life.

My step father invited me to join his church bible study. I…

I need to tell you about the first lie.

You are not God.

Seems obvious. I am a human. I live a human life which is fragile and temporary. I have human powers which make me normal among my other humans. Some humans have more powers than others, some less, but we are all human and all humans are equal.

God is incredible! God is everything? God is love...how does that work? God is the greatest ultimate so therefore, God is. God is apart from us;…

When did this happen?

It has been so long since I went to the think atheist group that I did not know it it was back.  The new one was never very satisfactory, so I stopped visiting the site.  Glad to see the old format back.